Before there was a Thailand, there was the Mon-speaking Dvaravati culture, which migrated from what is today Myanmar. The Dvaravati occupied present-day central and northern Thailand, and their seat of power was the central city of of Nakhon Pathom. One of the earliest cultures to reside in Southeast Asia, it lasted from around the 6th to the 11th century.

Dvaravati was not so much a civilization as a collection of disparate moated cities. They became the basis for some of the earliest civilizations in Southeast Asia, including the Isaan in eastern Thailand, the Sri Gotapura in central Laos and northeast Thailand, the Thaton Kingdom in lower Burma (Myanmar), and the Hariphunchai Kingdom in northern Thailand. By the 10th century, Dvaravati had come under the influence of the Khmer Empire, in what is present-day Cambodia. Ultimately, central Thailand was invaded and occupied by the Khmer. The moated cities in the north managed to avoid the Khmer invasion, but gradually succumbed to and were absorbed by the Mon-speaking Hariphunchai culture.

According to legend, an ascetic who refrained from worldly affairs was the actual founder of Hariphunchai Kingdom. He invited Chamthewi, a daughter of the King of Lopburi, to ascend to the throne, and helped her to firmly establish Buddhism in the land. Although experts disagree on the exact date of the kingdom’s founding, it is generally accepted that Queen Chamthewi reigned during the mid-to-late 7th century. The city of Lamphun was founded in the 9th century and became the capital of the kingdom. Located about 17 miles southeast of Chiang Mai, Lamphun is one of Thailand’s oldest cities.

The history of Buddhism, and of Thailand in particular, has fascinated me for years, so when Payap University in Chiang Mai offered a recent tour of Lamphun to learn more about the Hariphunchai culture, I eagerly signed up. Our tour began at Wat Cham Thewi, which is often referred to as Wat Ku Kut. The nickname is a reference to Chedi Ku Kut, a square, stepped pyramid pagoda that stands in front of the Wat’s main worship hall (viharn).

Hariphunchai King Athitayarat, the “Sun King,” is said to have built Chedi Ku Kut in the mid-12th century to commemorate his defeat of Khmer armies. Each of the 60 sword-shaped niches carved into its brick facade holds a Buddha statue crafted in the 9th-century Dvaravati style. The ashes of Queen Chamthewi are said to be enshrined within the chedi.

A second structure, Chedi Ratana, stands at the side of the worship hall. This smaller pavilion-style pagoda is octagonal shaped. Above the double-tiered base, eight arched niches hold Buddha statues in standing poses. Near the top, Buddhas in seated meditation poses occupy spade-shaped alcoves. Less is known about this chedi, though its style and construction lead experts to believe it was constructed in the 11th or 12th century. The two chedis are the oldest surviving monuments in Lamphun.

The Viharn, or worship hall, of Wat Cham Thewi is of much more recent vintage, but is worth seeing for its spectacular murals that depict the legend of Queen Chamthewi, founder of the Hariphunchai Kingdom.

Next, we stopped at Wat Phra That Hariphunchai, a temple complex built on the former site of the palace of Queen Chamathewi. Use of the term “Phra That” in the name of the Wat indicates that it contains a relic of the Buddha. In this case a hair of Buddha is enshrined inside a 148-foot high golden bell-shaped chedi (stupa), the design of which served as a model for the famous Wat Phra That Doi Suthep in Chiang Mai. Although the chedi appears to gold, it is actually clad in bronze. However the nine-tiered umbrella that forms the pinnacle is pure gold – more than 14 pounds of it.

The exterior of the main worship hall is intricately decorated with gold leaf and colored mirrors that glint and sparkle in the sunshine. Golden naga, or serpents, slither down its multi-tiered roof, and multi-colored lanterns dangle from gold scalloped latticework. Inside are several very old Buddha images, including Phra Chao Thongtip, a highly revered large seated Buddha cast in the Lanna style during the late 15th century.

Also of interest was the Ho Trai, a library that houses the Tripitaka Buddhist scriptures. This ancient teak wood structure sits upon a high concrete foundation that protects it from insects and flooding. The Suwan Chedi, an arched brick entry gate flanked by two immense lion sculptures, and an immense bronze gong reputed to be the largest in the world, were also worth a visit.

Our tour ended with a visit to the Hariphunchai National Museum, which pulled together everything I’d seen and helped me follow the thread from the Hariphunchai Kingdom through the Lanna Kingdom to modern day Thailand. In 1281, Lamphun was seized by King Meng Rai the Great, who united northern Thailand into the Lanna Kingdom. Despite having to thwart constant attacks from its neighbors, Lanna prospered for centuries. Its decline began in the late 15th century when Lanna King Tilokkarat decided to invade Burma, an effort that backfired. The Burmese conquered Lanna in 1558, along with the powerful Kingdom of Ayutthaya, which was known to Europeans as the Kingdom of Siam.

While a large percentage of tourists visit Chiang Mai, or even Chiang Rai in northern Thailand, few visit Lamphun. This sleepy but historically important city should be on the itinerary of anyone who is curious about the history of Thailand. Not only will they be rewarded with a rich cultural experience, they will be warmly welcomed by locals because Lamphun is not overrun with tourists. 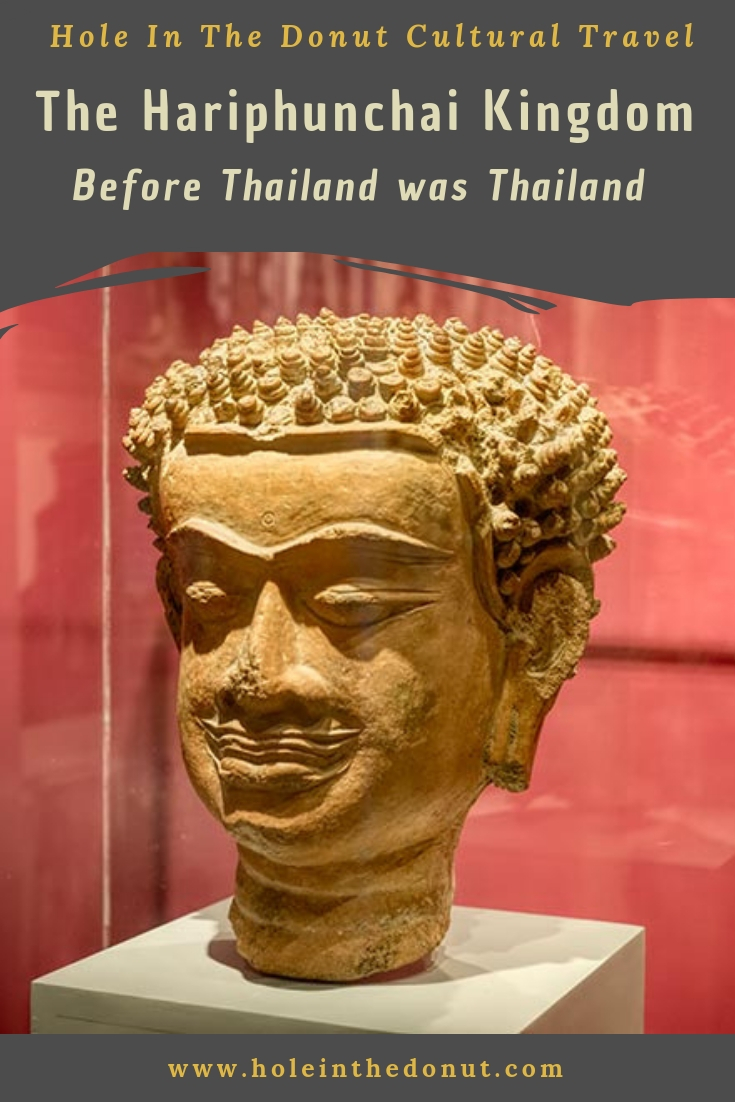 8 thoughts on “The Hariphunchai Kingdom – Before Thailand Was Thailand”