A couple of days after I wrote about “Caga Tio” – the traditional character made out of a rough-hewn log that is believed to “shit” presents in homes all over Catalonia, Spain on Christmas morning, I met up with my friend and fellow travel blogger, Isabel Romano in Barcelona. She and her significant other, Xavier, had read my post and decided I’d learned only part of the story. So after a Sunday morning breakfast of hot chocolate and churros, we were off to Cathedral Square to visit the city’s annual Christmas Market, where I would learn about the unbelievably weird tradition of the “el caganer.”.

Isabel and Xavi explained that rather than decorating a Christmas tree each year, Catalonians buy a nativity scene, called a Belen in Spanish and a Pessebre in Catalán. Often, these nativities consist of a complete pastoral scene with a traditional Catalán farmhouse or even an entire village. Each year, families scour the market for new pieces to add to their nativity. Up and down the aisles, booths were filled with everything from basic manger scenes to elaborate miniature buildings, trees, rivers, mountains, farm animals and figurines. I was perusing a selection of Joseph, Mary, the wise men, shepherds, and baby Jesus when Isabel pointed to a large sign atop one booth that said “El Caganer.”

“There is a Caganer hidden in every Belen,” she explained. “He wears the traditional Catalán hat called a barretina and is always displayed squatting with his pants around his ankles, defecating.”

Catalonian Christmas traditions are certainly mystifying, if not downright bizarre. No one knows for sure how El Caganer originally came into being and even today, opinions are divided on what it symbolizes. Some insist that excrement is symbolic of fertilizing the earth. According to the ethnographer, Joan Amades, it was a “customary figure in pessebres in the 19th century, because people believed that this deposit fertilized the ground of the pessebre…placing this figurine in the pessebre brought good luck and joy and not doing so brought adversity.” Others insist that the act of defecation is symbolic of the equality of all people, regardless of status, race, or gender (everyone does it). But the explanation I like best is the allusion to an old Spanish proverb which translates as “Dung is no saint, but where it falls it works miracles.”

Today the Caganer has become so popular that it is reproduced with the faces and dress of many famous people. Among the defecating figurines I identified were Queen Elizabeth and Prince Charles; Michael Jackson, Elvis Presley and John Lennon; the entire Barcelona fútbol (soccer) team; Winston Churchill, Martin Luther King, Jr. and Margaret Thatcher. And lest you wonder, President Obama had his very own Caganer within days after winning the first presidential election in 2008.

But even that’s not the end of it. As with most places across Spain, the Catalonian Christmas season culminates with Dia de los Reyes Magos, or Three Kings’ Day, more commonly known in the U.S. as Epiphany. According to Spanish tradition, gifts are exchanged on Epiphany rather than Christmas Day. On January 5th, the three wise men (Magis or Kings) are transported through the streets on elaborate floats during a three-hour long parade, during which tons of candy are tossed into the hands of spectators who line the route. That evening, children all over Spain clean their shoes and leave them out on window sills or balconies, filled with snacks for the Kings and hay for their camels. In return, the Magi fill the shoes belonging to well-behaved children with presents; ill-behaved children receive a few pieces of candy that resemble – wait for it – camel turds. 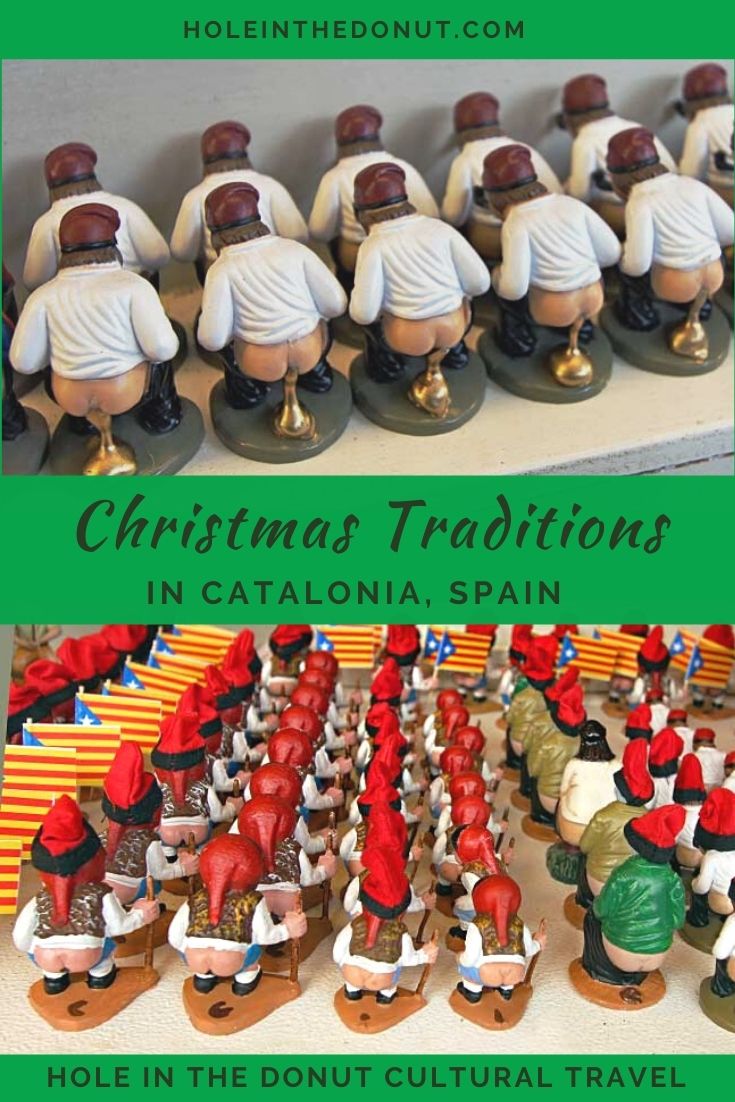 21 thoughts on ““El Caganer” – the Defecator – Hides in Christmas Nativities Across Catalonia, Spain”