I sought the advice of fellow travelers on the most important places to visit in Jordan. Of the many responses I received, two sites made the top of everyone’s list: Petra and Wadi Rum. But how to arrange to see these far flung places from my initial arrival in the capital city of Amman? My research turned up suggestions for an arranged itinerary around Jordan, but everyone assured me that any hotel could make the necessary arrangements. As they had advised, my hotel in Amman put together a custom tour that included transport in a private car via the King’s Highway to Petra, with stops at some of the most important tourist sites along the way. After three nights in Petra (not included), a driver would transfer me to Wadi Rum, where I would spend two nights in a traditional Bedouin tent and enjoy a two-hour jeep tour of the desert. From Wadi Rum, I would be driven non-stop back to Amman via the Desert Highway. The price of slightly less than $600 seemed reasonable, given that I would have a private driver at my beck and call. And it would have been fine…if I’d gotten what I was promised.

On day one I climbed into the car with my driver promptly at 8:30 a.m., excited to begin the seven-hour journey down the King’s Highway toward Petra. Our first stop would be Karak, a 12th century Crusader castle in the town of Al-Karak. I’d been told we would be driving down the King’s Highway, but my GPS map soon indicated otherwise. We were on the Desert Highway, which parallels King’s Highway some miles to the east on the opposite side of a deep gorge known as Mujib Canyon.

Assuming my driver would cut over to the west at some point, I logged into his wifi and checked my email. A few miles down the road he pulled off onto a narrow asphalt road that was riddled with potholes and gullies. Less than a half mile later the asphalt gave way to gravel and the road became increasingly rough. We slowed to a crawl. Featureless, dun-colored hills strewn with jagged rocks stretched to the horizon. There was not a house, an animal, or even a tree within sight.

Alarm bells went off in my head. Prior to traveling to Jordan, I’d checked the U.S. State Department website. It warned about kidnappings for ransom, but also said the tourist sites such as Petra and Wadi Rum were safe. All the arrangements for this tour had been made by my hotel, thus my driver was a complete stranger. When it dawned on me that no one in the world knew my exact location, I insisted that he pull over and let me use his mobile phone to call the hotel. I explained to one of the owners of the hotel, Ali, that we had taken the Desert Highway rather than the King’s Highway, and described the condition of the road that stretched in front of us. Ali reassured me that everything was fine, so I relaxed and tried to enjoy the ride.

Soon we began our descent into the remote wilderness of Mujib Canyon. At one particularly torn up point in the road, the driver got out and filled a deep gully with rocks so that we could pass. Erosion had eaten away half of the road in places, leaving bare inches between the car wheels and sheer dropoffs. My increasingly tense driver muttered prayers each time we reached a particularly a bad spot. It was obvious that he never should have attempted this trip without a 4WD or at least an SUV.

A few minutes later I climbed out of the car and helped toss rocks into another series of deep ruts that blocked our way. Sweat poured down my brow and trickled down my back under a relentless sun. I collapsed onto the front seat and reached for my water bottle. Only a half-litre remained. Turning around was not an option; the road was not wide enough. Nor did I believe we could make it back over the bad patches heading uphill. Yet ahead of us were miles and miles of nothingness and a road that was quickly becoming impassable. With mounting discomfort, I decided someone needed to know exactly where I was, so I emailed my sister with precise information on the route we had taken, including describing landmarks on the highway where we had turned off. I hit send but it just spun and spun.

Two hours later we finally reached the bottom of the canyon. My driver got out once again to see if we could cross the dry riverbed. No way. In that moment, a truck rolled up on the other side of the riverbed. Rifle stocks protruded from every window. Every muscle in my body tensed. Would I regret having ignored the warnings about kidnappings? I checked my email again but it still hadn’t gone through. “Please send, please send,” I prayed. All four men climbed out of the truck, shouldered their rifles, and picked their way over the dry riverbed toward us. The whooshing sound of an email being sent was a relief. At least my family would at least have an idea where to look for my body.

Fortunately, it turned out to be hunters who were very familiar with the roads. They told us to turn left and follow an even narrower track that paralleled the riverbank on the near side of the river. It looked iffy, but they insisted it was a shortcut to Karak. Sure enough, there was a better river crossing a short distance ahead and we were soon climbing out of the canyon on the opposite side from where we had descended.

Our good fortune, however, was short-lived. We came to another impassable section, worse than anything we had tackled previously. I was about to start carrying rocks again when a ominous-looking black SUV with huge tires and deep tinted windows drove up behind us. This time, four men with sidearms and camouflage uniforms stepped out of the SUV. I bent to my phone and sent another email to my sister. By the time I looked up they were throwing rocks into the washout and hammering them down with a crowbar. They were police officers, not kidnappers.

When the officers deemed it safe enough to try, my driver tried to cross. He braked when he should have been hitting the gas and kept getting stuck. Finally the cops started yelling instructions. He gunned the engine and made it, but was really upset when the rocks scraped and screeched on the bottom of his chassis. “Now my car is rubbish!” he snarled. “Not my problem, you bleeping idiot,” I thought. But I didn’t say it.

Finally, we crested the rim of the canyon and turned onto King’s Highway, where we should have been from the beginning. It was late afternoon before we arrived Karak Castle . With many more miles yet to go, I kept my visit brief. Underway again, my driver turned back toward Desert Highway. That would have eventually taken us to Petra, but it was the long way around. I pointed out to him that it would take 45 minutes longer than staying on King’s Highway. “No, that bus ahead of us is going to Petra. This is the right way,” he insisted. Twenty minutes later, he asked to see my GPS map and decided I was right. He turned around and for the rest of the trip I navigated.

We reached Petra Moon Hotel around 8:30, almost exactly 12 hours after we had set out on what should have been, at most, an eight-hour trip. I had seen only one of the three promised places to visit in Jordan arranged by the hotel. I was disgusted, but also realized that I’d seen things few other tourists get to see. And of course, I’d had an adventure that would make for a great story.

How to book a tour to Petra and Wadi Rum:

To save others from having similar difficulties, I checked with tour providers and individuals along the way to determine exactly how much Petra/Wadi Rum Tours should cost. While it is true that any hotel can put together a package, my suggestion is only to book the journey one piece at a time. If I did it again, I would let the Amman hotel arrange only for the drive down King’s Highway to Petra, with stops at the tourist sites. In Petra, it is easy to arrange for onward transport to Wadi Rum and a return to Amman via the faster Desert Highway.

Jeep tours of the desert can be arranged at any of the Bedouin camps. And accommodations at Bedouin desert camps are easily arranged through any online booking service. The following is offered as an example of what you should pay for each portion of the journey. I paid about $200 too much by booking it all at one time, but upon hearing what I went through, my hotel in Amman was good enough to refund me $100. 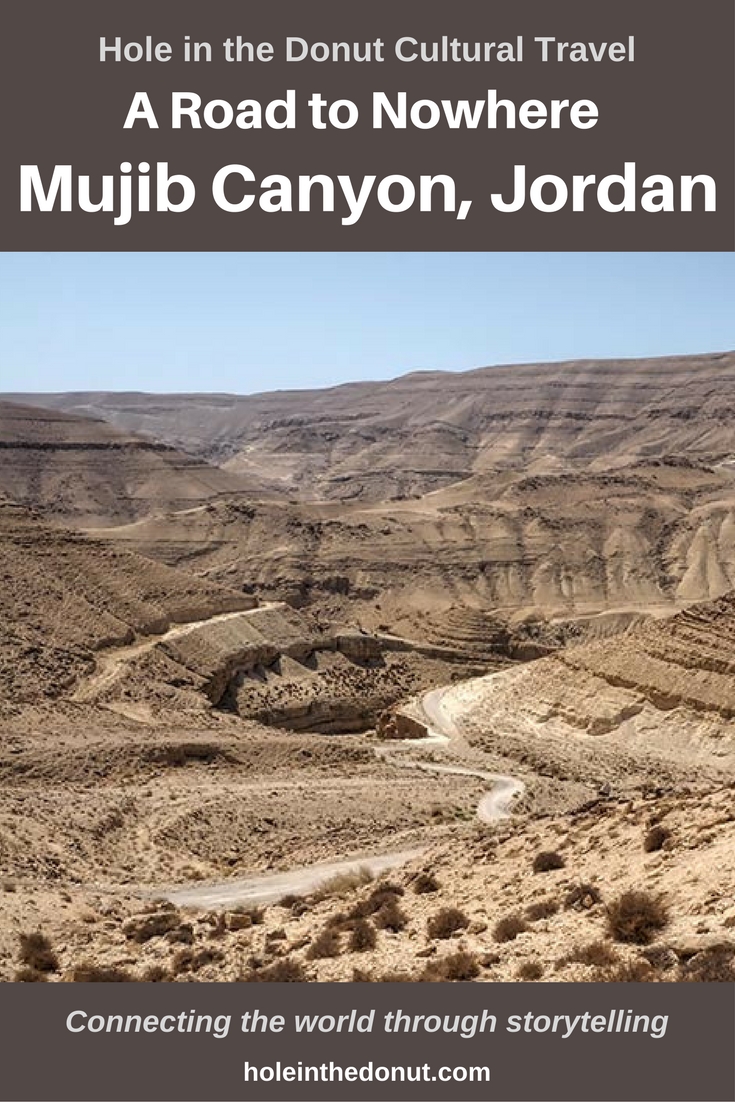 26 thoughts on “A Terrifying Trip Into Mujib Canyon, Jordan”