My first visit to Vienna was indecently short. During my Grand European Tour with Viking River Cruises last year, I spent a day getting to know the city. Following a walking tour of the most important sites, I met up with the ship’s chef for a gastronomic discovery of the Naschmarkt, the city’s 16th-century fresh market. At the Sacher Hotel, I gobbled down a slice of the hotel’s famous Sacher Torte before rushing off to a Mozart and Strauss concert performed by a Viennese orchestra. It left me yearning for more, and I vowed to return to Vienna as soon as possible.

I kept that promise recently, as Vienna was a convenient stop on my way to the Baltic States. My first stop was back at the Naschmarkt, where I sampled my way through more than 100 food stalls. With my hunger sated, I strolled past the Imperial Apartments, museums, Royal Stables, Opera House, and scores of ornate palaces. My reaction, surprisingly, was disappointment. Spending only one day in Vienna had seemed positively sinful, but Viking had done such a good job that I’d already seen most of the major sites. At the end of my first day, I was…bored.

I suspected, however, that Vienna had much more to offer. I just needed to ferret it out. For that, I turned to Atlas Obscura, a website that bills itself as the “definitive guide to the world’s wondrous and curious places.” True to its promise, I found so many wonderfully weird things to do in Vienna that I extended my stay.

My first jaunt was to an outlying neighborhood known as Gasometer Town. The district is named for a row of enormous brick tanks that once stored natural gas for Vienna’s street lighting. With the advent of electric lighting the tanks became obsolete. Rather than demolish them, the tanks were converted into housing and retail space. Today, one even houses the largest music hall in the city. Other unique projects followed and today Gasometer Town is an eclectic mix of modern and iconic architecture.

I hopped back on the Metro and crossed the Danube Canal, bound for the Republic of Kugelmugel, a tiny spherical house that has been the subject of huge controversy for more than 35 years. The name Kugelmugel refers to a slang German description for a fat boy that combines the two words Mensch (human) and Kugel (ball). “Halb Mensch halb Kugel…das ist eine Mugel.” Literally, half human, half ball, that is a Mugel.

Artist Edwin Lipburger built Kugelmugel in the Austrian countryside during the late 1970’s, without first obtaining the proper permits. Local officials, put off by its unorthodox shape, deemed it an illegal structure and ordered it to be dismantled. Lipinburger refused and, after losing a long court battle, was arrested and imprisoned. By that time the case had become something of a legend, and people rose up in his defense. As a result, the President of Austria pardoned and freed the artist, and the sphere was saved from destruction.

In 1982, at the height of the dispute, Lipinburger declared Kugelmugel to be an independent micro-nation and named himself State President. The authorities subsequently moved the sphere to the Prater district of Vienna, where it sits on a tiny plot of land in the middle of a kitschy amusement park. A sign hanging from the chain link fence that surrounds it reads “Antifaschismusplatz 1” (Anti-fascism Square 1). In recent years the Republic of Kugelmugel has become a popular tourist attraction, which deters any further attempts to have it destroyed.

Back in the city center, I continued my search for unusual attractions. On the corner of Graben and Karntner Strasse, kitty-corner from St. Stephen’s Cathedral, a seven-foot tall hunk of ancient Spruce tree is displayed in a plexiglass case. Almost every square inch is covered with steel nails that were driven into its bark during the 14th or 15th century. No one knows for sure why people hammered nails into trees back then. Some theorize that giving up what was a valuable commodity in those days would ensure good fortune. Others, however, claimed that this “Stock im Eisen” Nail Tree was the work of the devil. The nails certainly did nothing to benefit the tree. Modern day testing has confirmed that it died within 100 years of the first nail being hammered in.

Just a short distance further down Graben, I stopped in front of the Vienna Pestsäule (Plague Column). Due to its location in the center of one of Vienna’s most prominent pedestrian streets, I’d seen it before. In fact, I had photographed it several times but had never examined it closely. Now, with the benefit of Atlas Obscura’s explanation, I realized that the tower of writhing bodies represents the agony suffered by victims of the Bubonic plague that descended upon Vienna during the 14th and 17th centuries.

On a quiet side street, housed in one of the oldest houses in Vienna, I found the Vienna Museum of Clocks and Watches. Though I’m not a big museum fan, I do like small, quirky themed museums, and this one did not disappoint. More than 1,000 clocks were on display, sometimes presented in chronological order, sometimes by type. Pocket watches in the shapes of flowers and violins, massive cuckoo clocks, sundials, Baroque mantel clocks, tower clocks, astrological clocks, picture clocks, and even a perpetual motion clock were elegantly arranged over three floors.

Most fascinating were the extremely rare, one-of-a-kind specimens that had been custom made for wealthy customers. Fortunately, only a few were wound and working, else the cacophony on the hour and half-hour might have driven me out much sooner.

On my final day, I checked off the last item on my list of wonderfully weird things to do in Vienna. In the National Library, five small, darkened rooms house the world’s only public museum dedicated to globes. I inspected fabric globes that were designed to be inflated with bellows, topographical leather globes, enormous globes in polished wooden stands, tiny globes that would have fit in the palm of my hand, paired globes that illustrate the celestial and terrestrial bodies, and even bookend globes.

But it was a simple blue globe on a plastic stand that stopped me in my tracks. I’d had one just like it as a child. Memories flooded in of spinning my globe and, with my eyes squeezed shut, stopping it with my finger. For the rest of the day, I would dream about visiting the exotic destination where my finger had landed. Was this the origin of my wanderlust? It must have been a factor. Even today, I am still in awe of globes and the adventures they conjure.

My visit to Vienna came to an end too soon. I’d barely put a dent in the list of attractions suggested by Atlas Obscura. But I’d much rather leave without seeing it all. That way, I know that Vienna has more to offer the next time I visit. 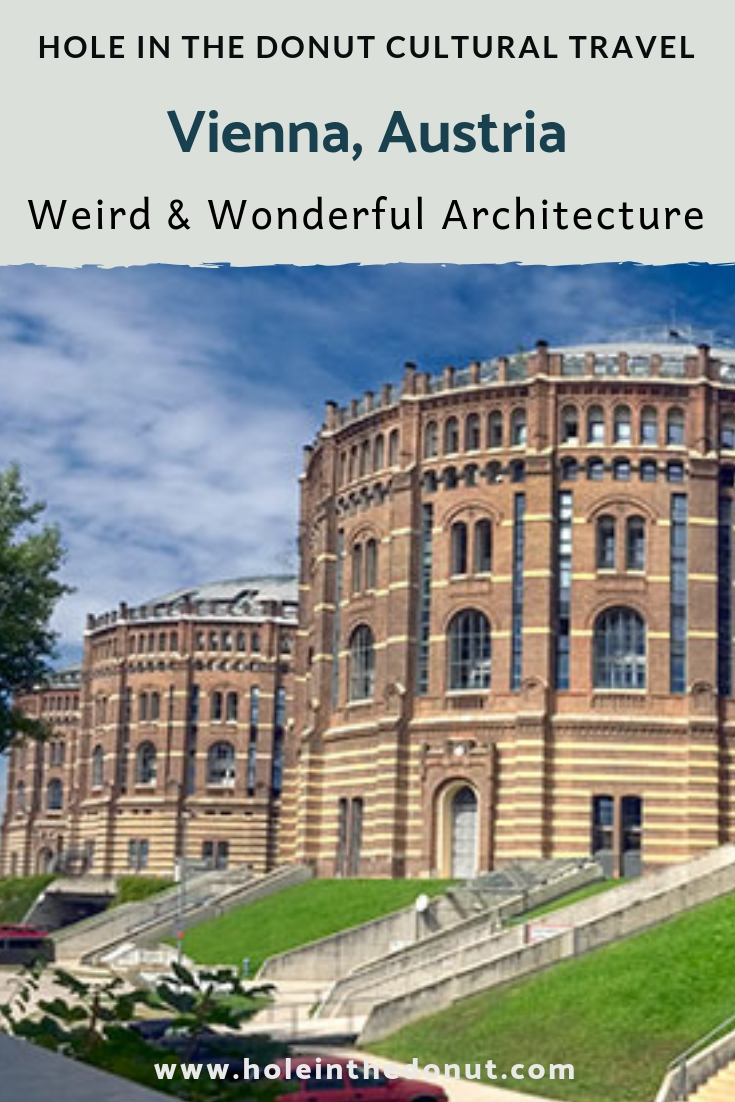 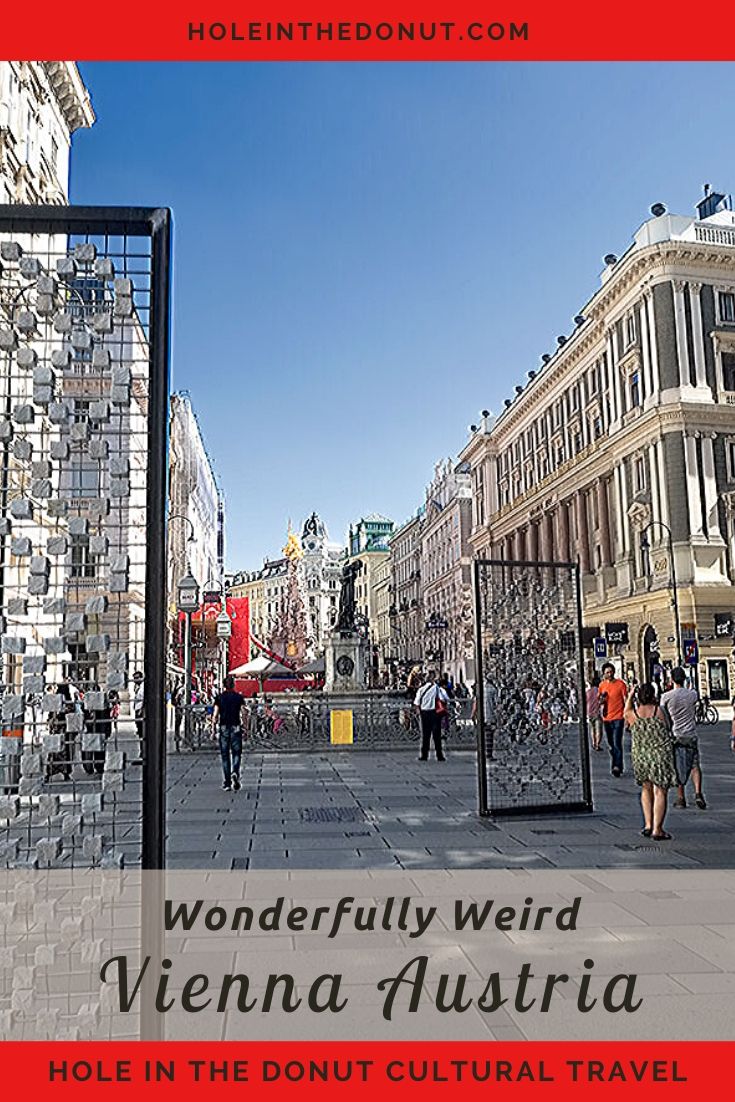 11 thoughts on “Wonderfully Weird Things to Do in Vienna, Austria”