My introduction to Budva, Montenegro was anything but auspicious. I chatted with the owner of my guest house as she checked me in, explaining that I’d been touring the ex-Yugoslavian countries all summer, perhaps with an eye to finding a place where I might establish a base in the future. “In that case, you’d have been better to visit the town of Bar in the south,” she commented wryly.

I’d originally planned to stay in Kotor Bay to the north, but so many travelers I’d met on the road had raved about Budva that I changed my plans. I decided instead to stay in Budva, otherwise known as the Montenegrin Riviera. Later that evening I walked down to Stari Grad, the Old Town of Budva that is enclosed by thick stone walls. Following an inedible dinner at the Hong Kong Restaurant, I picked my way through the crazy maze of streets. Harsh light spilled from storefronts offering gaudy souvenirs and resort wear. The rubber hose of a sewage truck snaked through the reeking streets, emptying septic tanks. Except for the walls and turrets of the old fortification, the Old Town felt bereft of any historical significance.

Disappointed, I returned to my guest house to enjoy the lovely view of Budva Bay from my private balcony, but even that was soon spoiled. As darkness fell, the bah-boom, bah-boom of club music drifted up from the open-air nightclubs that line the shore. Luckily, my guest house had insulated windows and doors, or I wouldn’t have been able to sleep for the racket.

The following day I followed a cliff-hugging path to Mogren Beach, tucked into twin coves carved into the rocky headland. The water was crystal clear but the beaches were tiny and even in low season, people were stacked side by side like so many logs. Backtracking, I stopped at Ricardova Glava beach, a smaller pebbled beach at the base of the city walls. Though still billed as a free public beach in most literature, it has been acquired by the Avala Hotel and fenced off. An entrance fee of 35 Euros (about $38 USD) per couple was being charged, with no discount available for singles. The only relatively pleasant beach I discovered was Pizana, a tiny strip sandwiched between the eastern wall of the Old Town and Dukley Beach Club at the town’s marina. In fact, Dukley served the only good, though expensive, food I found during my entire stay.

Giving up on my quest for beautiful beaches, I returned to Stari Grad, hoping it would be better by day. Most of the historic churches within its walls were locked up tight, as was the City Museum, so I made my way to the citadel, a 15th century fortification built by the Venetians that forms the southern point of the old city walls. I paid a few dollars to enter the “museum,” a room about the size of a large closet that contained a few nautical artifacts. The view from the old parade grounds was impressive, though the Austrian barracks, which hail from the days when Budva was part of the Austro-Hungarian Empire, were shuttered and locked.

Frustrated, I decided to walk the ramparts atop the walls, but even here I was thwarted. Two young men stood at the entrance to the walkway, demanding a fee. They let me pass for free upon learning I was a travel writer, but the look they exchanged was telling. I smelled a scam when I reached the other end of the ramparts, where no fees were being collected at two other access stairways.

On my final day I walked the length of the bay that had looked so pretty from my balcony. Up close, it was trash filled and smelly, bordered by a park with unkempt lawns, deteriorating benches, and overflowing trash cans. With more than 2,500 years of archaeological evidence, Budva may well be one of the oldest urban centers on the Adriatic. Unfortunately, to a large degree that history has been buried beneath a heap of crass commercialization and unchecked development.

Despite my disappointing experience in Budva, I’ve not yet given up on Montenegro. I’m still intrigued by the many cities and villages located on the shores of Kotor Bay. Next time, I’ll following some of the suggestions in this four-day itinerary for Montenegro, written by a fellow travel blogger. 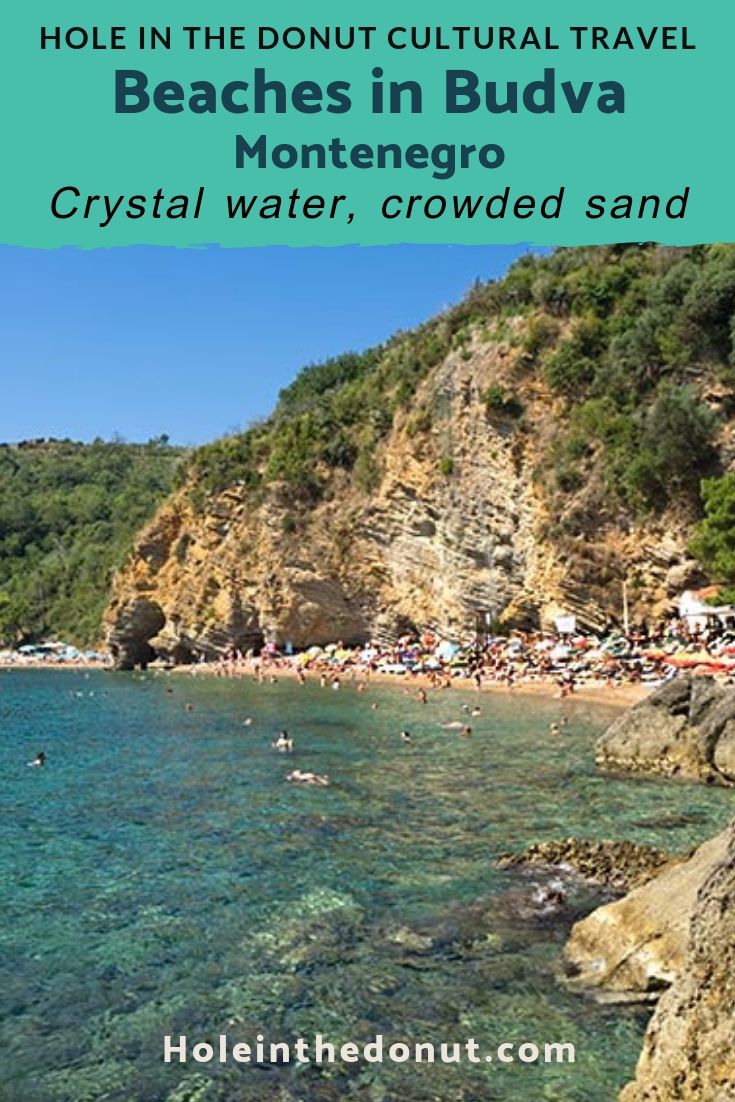 23 thoughts on “Budva, Montenegro, Disappointing in Every Way”