Mexicans Are Serious About Their Speed Bumps

If you decide to drive in Mexico, perhaps more than any other street sign you need to be aware of the ones that say “Topes”, or “Reductor de Velocidad,” both of which are usually accompanied by a graphic of two rounded mounds. These signs indicate a speed bump in the road, but unlike speed bumps in the U.S., the Mexican speed bumps mean business. 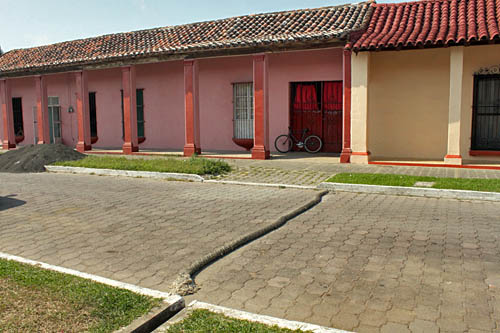 It's a cultural thing - lacking concrete, they make speed bumps out of thick marine ropes

With the exception of toll roads, topes litter the highways whenever passing through a town. Most of them are high mounds of poured concrete – some are so large that they actually have a long flat top – and in some cases the towns have decorated the bumps with inlaid tiles or painted designs. Even the smallest settlements have gotten into the mania; if they don’t have the funds to construct speed bumps they improvise by laying a long stretch of heavy rope across the road. And what’s even more interesting (and frustrating), is that locals slow down to a crawl to cross these bumps, no matter how small. In the case of ropes and smaller berms, in my opinion it makes the car bounce more to cross at such a slow speed. But I just consider it another one of the charming, if a bit mysterious, cultural traditions of Mexico.

15 Comments on “Mexicans Are Serious About Their Speed Bumps”