I lay on my back and reached behind me for the iron rails attached to the parapet at Blarney Castle. Slowly, I squirmed backward over a gaping hole in the floor. “Now lean down into the hole,” said the guide who gripped me around the waist. With my head and shoulders hanging precariously over four … Read more A nest of fossilized dinosaur eggs at the Celtic Prehistoric Museum on the Dingle Peninsula in Ireland. This eight-egg clutch, fossilized in red sandstone, was laid by a member of the Hadrosaur family of duck-billed dinosaurs. The nest was discovered in China and is now one of the premier exhibits on display at the museum, … Read more Dunmore Head, located on the western tip of Ireland’s Dingle Peninsula. In the foreground is Coumeenoole Beach, where portions of the film Ryan’s Daughter were filmed. I shot this photo while sitting on the front lawn of a small cafe atop Slea Head, which with Dunmore Head, forms the westernmost point of Ireland. Under brilliant … Read more 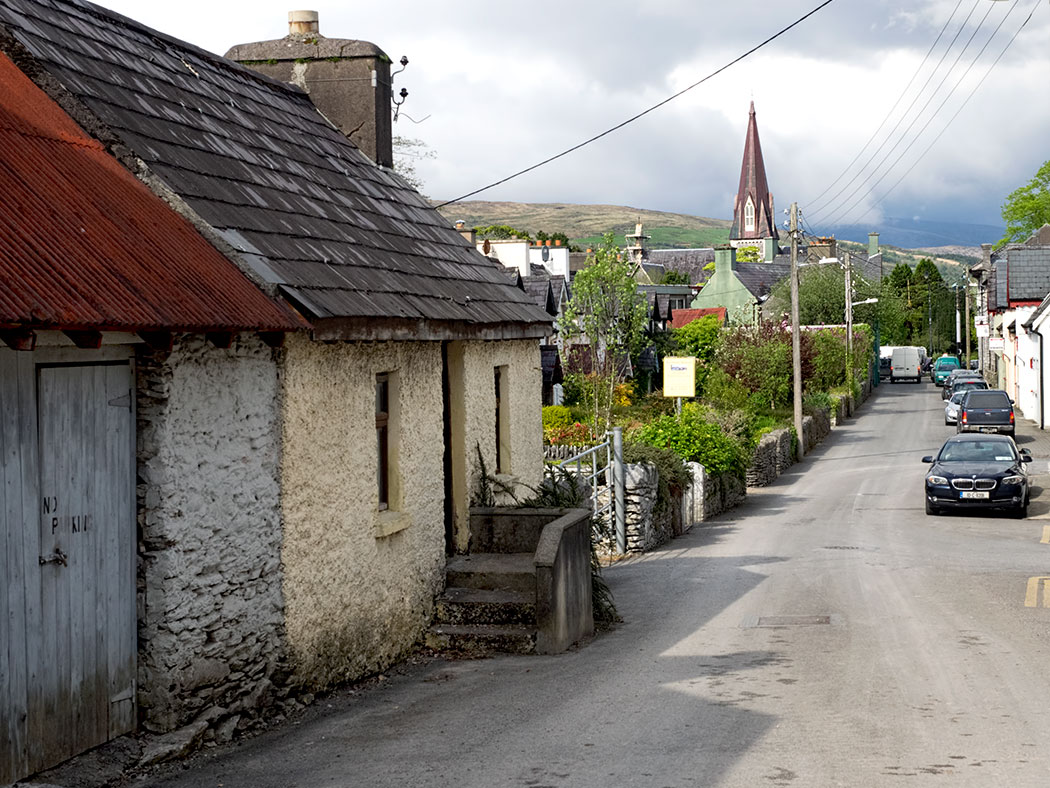 Old stone cottages sit side-by-side with new homes in the town of Kenmare on the Kerry Peninsula in Ireland. Kenmare is the southern entry to the famous Ring of Kerry drive, which follows the coastline around the Iveragh peninsula. Considered to be one of the most dramatic scenic drives in the country, it offers gorgeous … Read more Trinity College in central Dublin, Ireland, faces College Green and a series of 19th-century buildings that are mostly banks