Posted on December 4, 2015 by Barbara Weibel 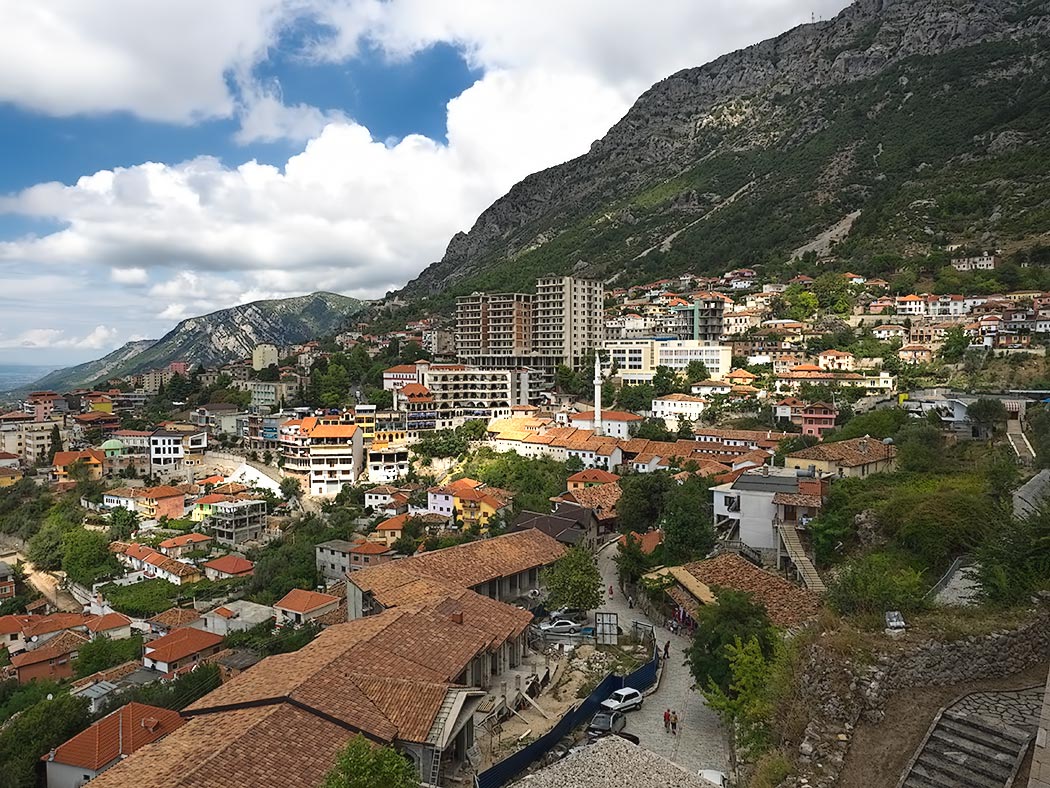 Click on title of post to view photo in large format: Sweeping view of the city of Kruja Albania from the National Skanderbeg Museum. Kruja (Krujë) was the first capital of the autonomous state of Albania in 1190, and later became the capital of the Kingdom of Albania. The city was conquered by Ottomans early in the 15th century but liberated by the national hero Skanderberg in 1443, who kept it from Ottoman control until his death in 1468.

One Comment on “PHOTO: Stony Massifs Wrap Around Kruja Albania”