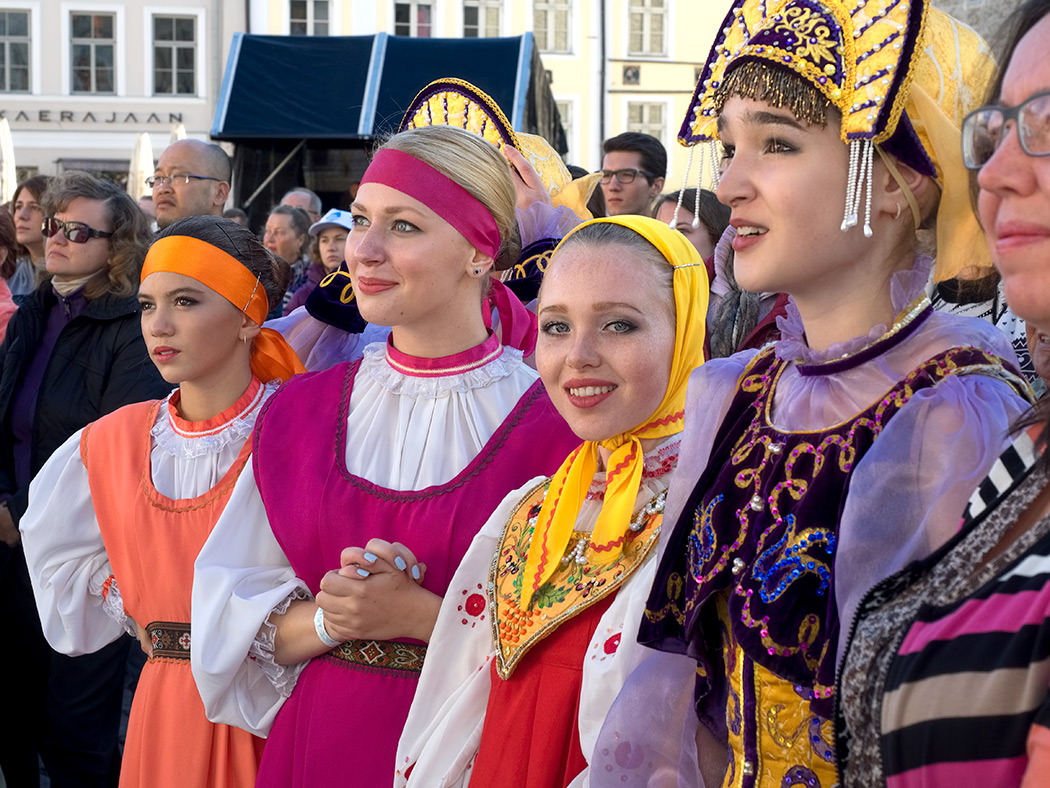 Estonia, the northernmost of the Europe’s three Baltic States, shares a long land border with Russia. In fact, St. Petersburg, the cultural capital of Russia, is just a few hours away by bus from the Estonian capital of Tallinn. So, it was no surprise that I heard as much Russian being spoken during my visit to Tallinn as I did Estonian or English. It was a delightful surprise, however, to discover that that the FEELRUSSIA Festival of Russian Culture was scheduled during my visit. The day after arriving, I wriggled through the crowd to the foot of the stage in Town Hall Square, where I ran into these beauties, waiting to perform traditional Russian folk dances. In addition to dance, the Festival of Russian Culture included performances by opera singers from the Mariinsky Theatre, folk music ensembles, and screenings of Russian films.