Monk at Chapel of the Grey Penitents in Avignon, France

PHOTO: Monk at Chapel of the Grey Penitents in Avignon, France

Posted on September 7, 2016 by Barbara Weibel 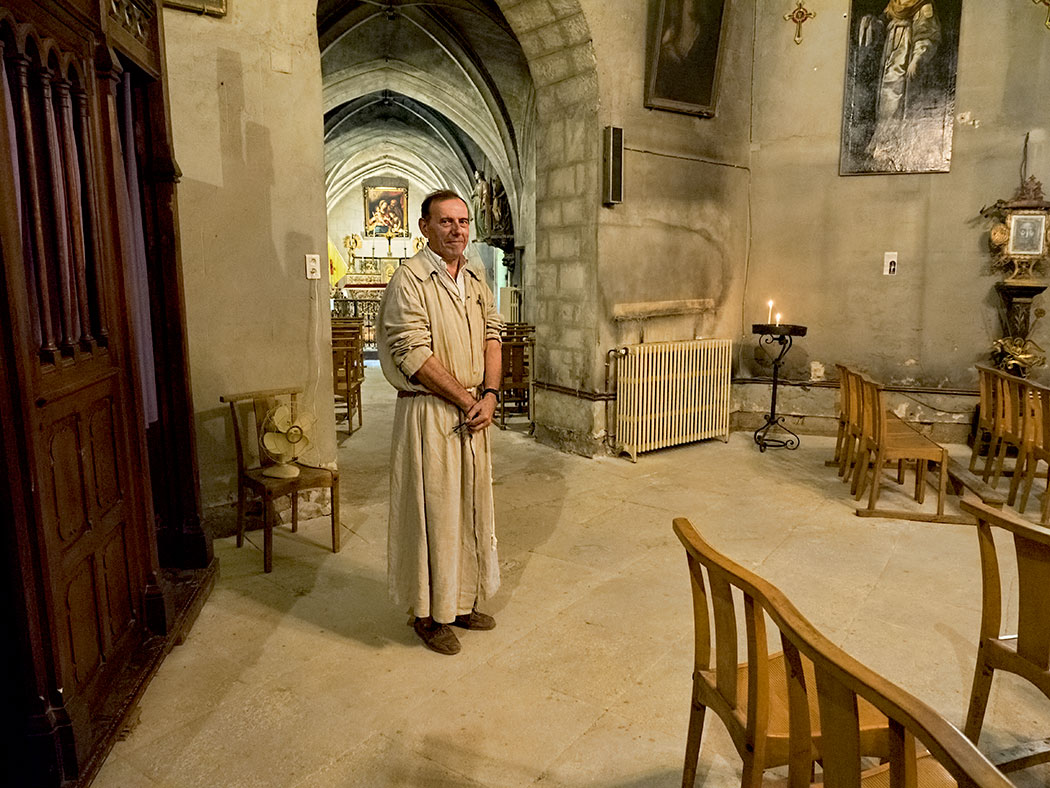 Click on title to view photo in large format. The Chapel of the Grey Penitents was founded by pious King Louis VIII, as thanks for a successful campaign during the 1226 Siege of Avignon. The church gained fame in the 14th century, when Avignon, France was the seat of the Papacy. Following several days of heavy rain, the Sorgue and Rhône Rivers flooded the city. Members of the brotherhood set out in a boat to rescue the Blessed Sacrament, which stood exposed on the altar. Their worst fears were realized as they neared the chapel, which was surrounded by four-foot high flood waters.

They rowed around to the front and, to their surprise, found the pathway to the front door perfectly dry. Inside, flood waters rose on either side, but parted around the altar and host. Amazed by the sight, they called in other brothers to verify the miracle. More and more people arrived as the news spread. As a result, several hundred people witnessed and verified the miracle. Each year on November 30th, the brothers gather at the Chapel of the Grey Penitents to celebrate the miracle and bless the Holy Sacrament, which still stands on the altar for adoration.

2 Comments on “PHOTO: Monk at Chapel of the Grey Penitents in Avignon, France”