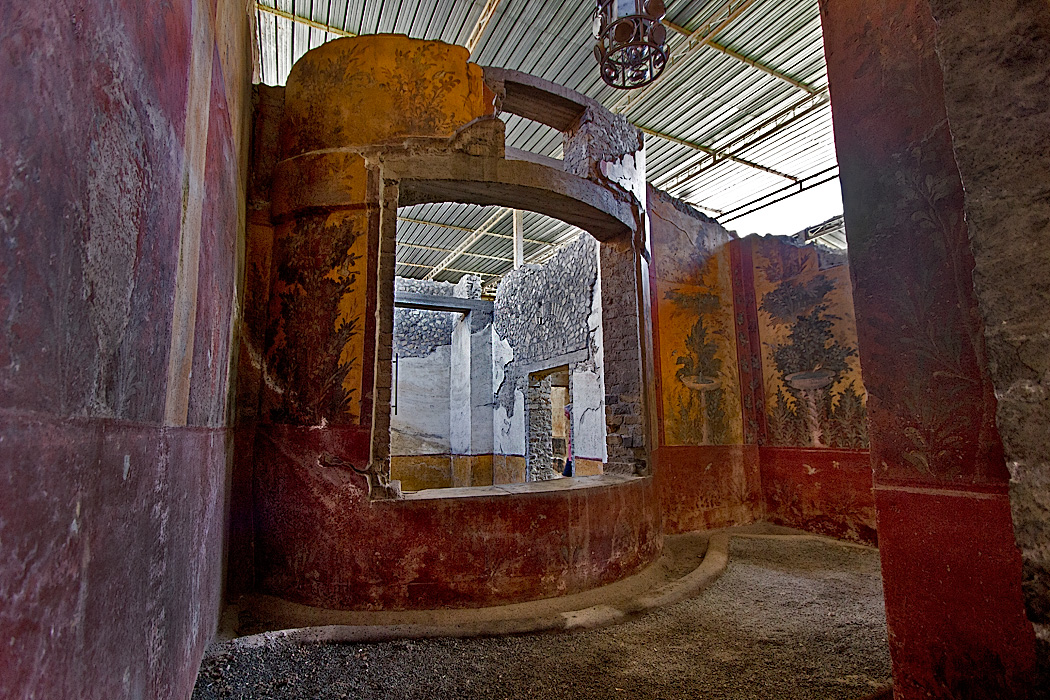 Ruins of the Viridarium at Villa di Poppaea Sabina in ancient Oplontis, now Torre Annunziata. This grand estate, which was completely covered by the eruption of Mount Vesuvius in 79 AD (the same eruption that destroyed Pompeii and Herculaneum) was owned by the second wife of Emperor Nero. The circular wall enclosed a “Roman pleasure garden,” which was found in only the wealthiest of homes.