Posted on December 9, 2006 by Barbara Weibel in Uncategorized

They say that the three most mistrusted professions in the world are car salesmen, real estate agents, and lawyers. Now, being a real estate agent myself, I wouldn’t necessarily agree that all real estate agents are lowlifes. There are a lot of good agents – great agents, in fact. Of course, there are a lot of very bad agents as well. As for lawyers I can’t make generalizations, since I have the world’s greatest attorney, Jay Wheless, here on the Outer Banks. And until this recent experience of buying a car, I would have said that there are a lot of good car salesmen, too, because I have been fortunate to have a relationship with Hal Chappell at Biggs GMC in Elizabeth City (Hal is wonderful!) But after this experience I have to believe that the good car salesman is an exception. I think the majority of them must be grown in pods where subliminal sleazy sales training techniques are endlessly broadcast during the cocooning process. When mature, these salesmen and women burst forth in all their glory, fully prepared to do whatever it takes to bully the customer into buying a a new car. My search for a Toyota Rav4 took me to five different dealerships in three different states. The closest North Carolina dealer is in Elizabeth City, which is an hour away from the Outer Banks, so I decided to call first and see if they had what I was looking for. I got some yahoo on the line who talked in circles and couldn’t give me a straight answer to any of my questions, so I decided I’d better make the hour drive and talk to someone face-to-face. “So, Ted (not his real name), what hours are you open?” “I’ll be here until eight tonight,” he replied. I tried again: “Well, I don’t know if I can come tonight – what are the dealership’s hours of operation?” “I’ll be here tomorrow and Wednesday,” he answered. Getting frustrated now, I became just a tad sarcastic: “Let me put it this way, Ted, is the dealership open seven days a week?” “I don’t work seven days a week,” he said. I gave up. “OK, Barbie – see you when you come in,” he said (I had introduced myself as Barbara). And this guy really thinks I’m gonna buy a $24,000 CAR from him?????

Time for Plan B. There are multiple Toyota dealers in the Tidewater area of Virginia, which is only an hour and a half from the Outer Banks. I hit the phones again. END_OF_DOCUMENT_TOKEN_TO_BE_REPLACED

Me And My Harebrained Ideas

Posted on December 3, 2006 by Barbara Weibel in Humor

I’ve been working on my newest project for about ten days now and I have no one to blame but myself. I always think, “If I can just finish this job or that project, I’ll have more time and less stress in my life.” But the moment I scratch a few things off the list and have some free time, I scramble to take on another project. What’s up with that? It’s almost as if I WANT stress in my life – or maybe I just don’t know how to relax. Ten days ago (no doubt on a day when I had cleared the decks, so to speak, of all immediate projects and was wondering what to do with myself) I got the harebrained idea to buy my 81 year-old father an iPod for Christmas. This is not as crazy as it sounds. Like me, my father loves music. During the summer his stereo is on all day long – sometimes he even goes to bed and forgets to turn it off. I use the term “stereo” loosely. My two sisters and I try to keep Dad updated and “with it” but his stereo consists of an old 5-disk CD changer that doesn’t support mp3s and an even older turntable. So I figured that I could convert all his CDs to mp3s, load them on an iPod, buy a set of speakers with a dock and – Voila! – Dad would have access to a couple of thousand songs that he could listen to endlessly without having to change CDs.

My only problem was how to get my hands on his CD’s. I knew if I just leveled with him I would have a huge fight on my hands. Some years ago my sisters bought Mom and Dad a computer for their 50th Anniversary. Dad came unglued – ranted and raved for weeks that it was a waste of money, that it would never be used, etc. When he finally ran out of steam and accepted the fact that there was a computer in the house and it wasn’t going anywhere, he slowly (and on the sly) began learning how to use it. Now, some years and three computers later, END_OF_DOCUMENT_TOKEN_TO_BE_REPLACED

A Nature Day All The Way

Posted on December 2, 2006 by Barbara Weibel in North Carolina travel

Mother Nature put on a show today. It started this morning when I awoke to blessed sunshine pouring through my open bedroom windows. Normally my windows wouldn’t be open in December, but we’re having a mild spell (it got up to 75 degrees today) so I took advantage of it to enjoy the last hurrah before winter comes crashing in.

I finally made myself crawl out from under my nice warm down comforter and was stretching in the sunshine when I heard an unusual bird call. Perched in the very top of the tree closest to my rear deck was the largest Pileated Woodpecker I have ever seen. When I was younger I used to watch Woody Woodpecker cartoons. It wasn’t until I moved to the Outer Banks and saw my first Pileated, with its big red head and pointed head feathers, that I realized the cartoon character was based on an actual bird. I’ve only seen one other Pileated Woodpecker, some years ago, but I should have recognized it from its call alone – Ha-Ha-Ha-HA-ha! – just like good ol’ Woody. For those of you who are too young to remember Woody Woodpecker (am I dating myself??), here’s a photo of a Pileated Woodpecker, although it is not a photo I took.
END_OF_DOCUMENT_TOKEN_TO_BE_REPLACED

A Little Bit Of Gold

Posted on November 30, 2006 by Barbara Weibel in Humor

You might think that this post is about the gorgeous 78 degree weather we had on the Outer Banks today on the last day of November. Or about our golden beaches glistening in the sunshine. Or even about our golden sunsets over the Sound. But no – today’s little bit of gold refers to a cargo container that washed up on the shore yesterday and, like a beached whale, regurgitated hundreds of bags of Doritos.

Frito Lay says that the word “Dorito” means “A Little Bit Of Gold” in Spanish. Judging by the hordes of people scurrying along the beach stuffing plastic grocery bags full of nacho, sour cream and onion, and jalapeno flavored chips, you would have thought they had struck gold. And maybe, in a way, they did. Just a week ago we suffered through an angry nor’easter that damaged oceanfront homes and carried away more of our precious beach. A good friend of mine lost the ground floor of his place, his septic system, and the entire dune in front of his oceanfront cottage. Normally, a cargo container that falls off a ship plying the merchant lanes near our shores would have sunk to the bottom. But undoubtedly, the nor’easter’s thrashing waves are responsible for carrying that container from the deep water to the shallower sand bars near shore, where it inexorably inched toward the beach. The Universe giveth and the Universe taketh away. Not that I’m implying that a few bags of corn chips can make up for the devastation and destruction of the storm – but at least it’s “A Little Bit Of Gold.”

Time To Leave The Outer Banks

Posted on November 23, 2006 by Barbara Weibel in Uncategorized

It’s definitely time to get out of the Outer Banks. We just had a two day nor’easter over the Thanksgiving weekend that brought a tree down across my driveway, forcing me to walk 600 feet to the house in the pouring rain and 70 mile per hour winds. The outside world doesn’t realize that nor’easters are so much more destructive than hurricanes. Take a look at the photo below.

That’s not soapsuds on the road, it’s sea foam whipped up by the angry ocean. The storm-driven waves then breached the dunes along the Beach Road, flooding the houses adjacent to the beach and leaving tons of sand and debris in their wake. Soon this will be something I don’t have to deal with any more – just another four weeks until I head south to sunny Sarasota, Florida.

Something About That Mercury Retrograde

Posted on November 19, 2006 by Barbara Weibel in Uncategorized

One of my best friends, Elizabeth, has been studying astrology for years. I think she’s made it her personal mission to educate me on the subject, and to that end she is always sending me links to astrology websites and excerpts from monthly astrological forecasts. Now, I’m not a stranger to the concept of astrology – in fact I’m a pretty strong believer. After all, any emergency room worker will tell you that they have more and weirder cases whenever the moon is full. If the full moon can make people go crazy as well as affect the tides, it’s not much of a stretch for me to believe that all the planets affect us in some way. So, like a million other people in the world, I always read my horoscope in the paper. Heck, I’ll even admit that I actually paid good, cash money once (OK, maybe twice ‘er, maybe three times) to have my astrological chart done for the moment of my birth. 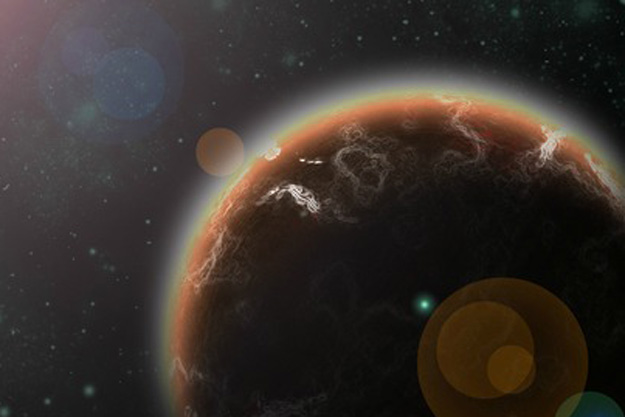 My problem is that when Elizabeth sends me these links and articles, they are not simply a horoscope for the day. They are about the positions of the planets and the arc of their intersecting points across the heavens and this transit and that house and something called Mercury Retrograde. OK, let’s get something straight; my brain is not puny. I’ve got fairly strong cognitive and language skills and I’m no slouch in the business world. But this astrology stuff puts me down for the count. I read it, then read it again, and STILL I can’t figure out what it is saying.

The only thing I have come to understand is that three times a year, for about three weeks each time, the planet Mercury goes retrograde, meaning that it appears to move backward in the sky. The operative word here is END_OF_DOCUMENT_TOKEN_TO_BE_REPLACED